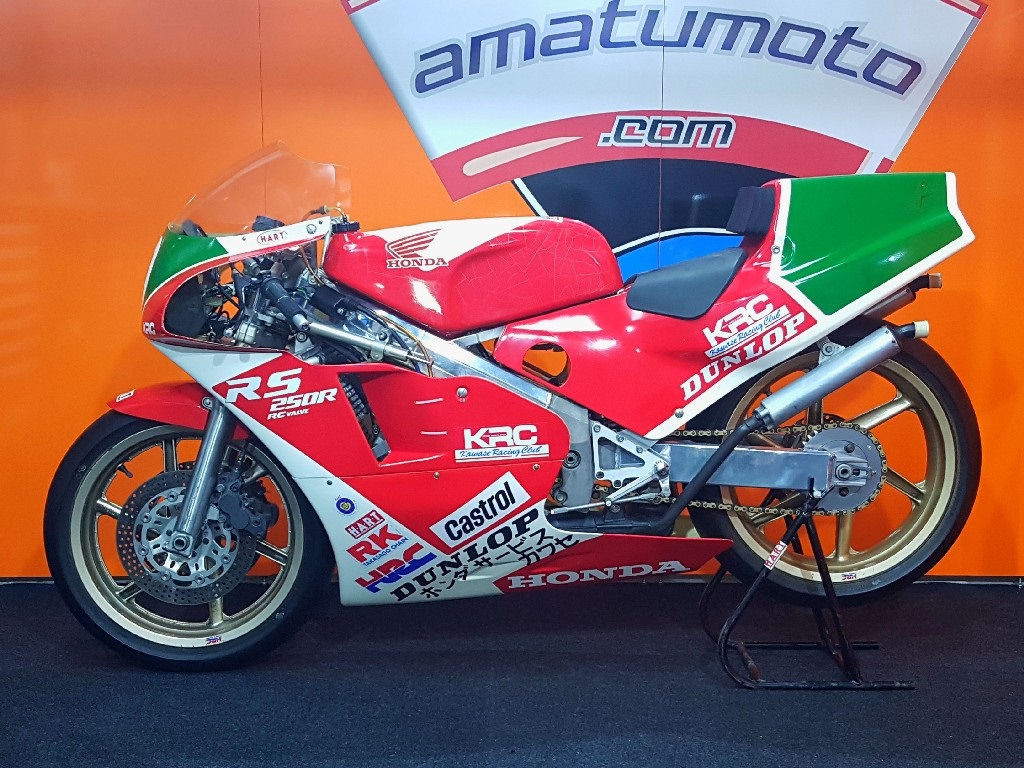 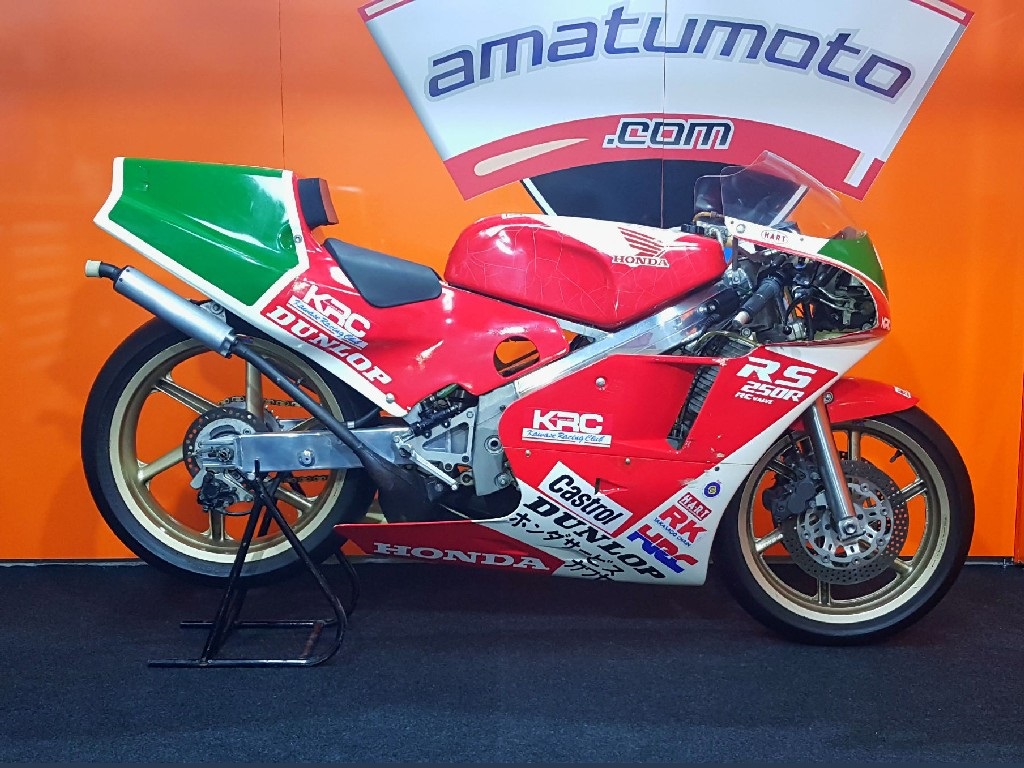 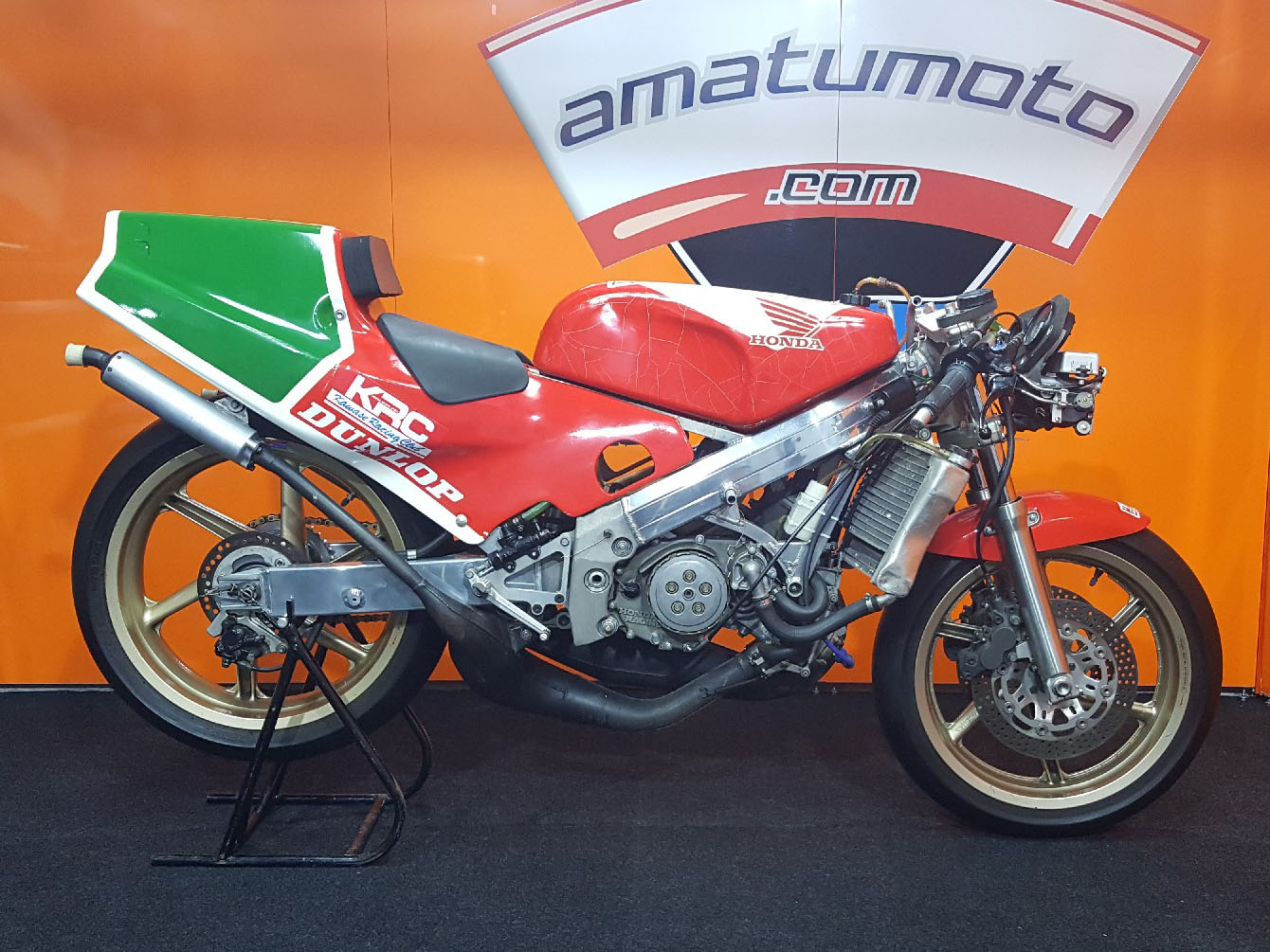 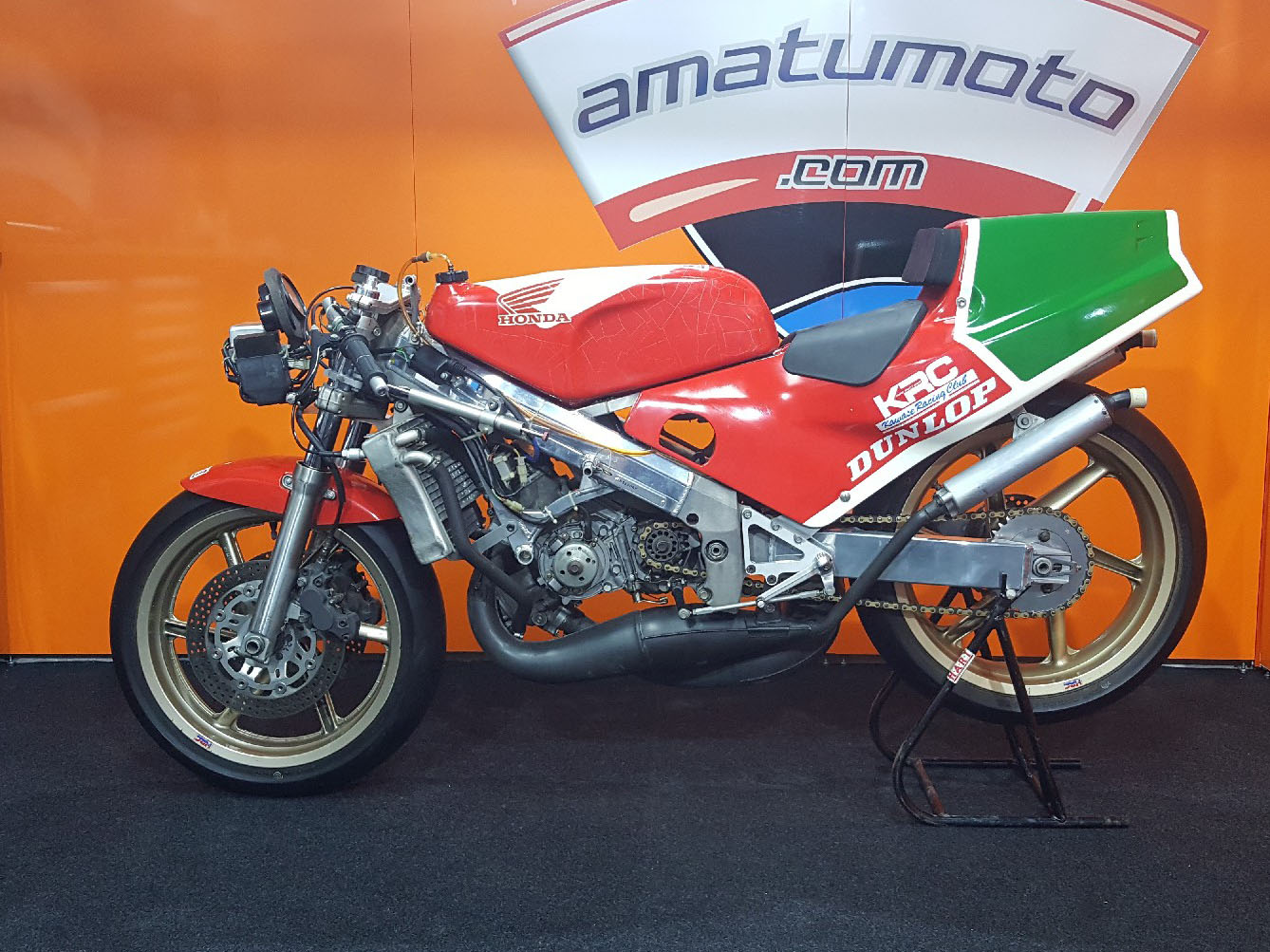 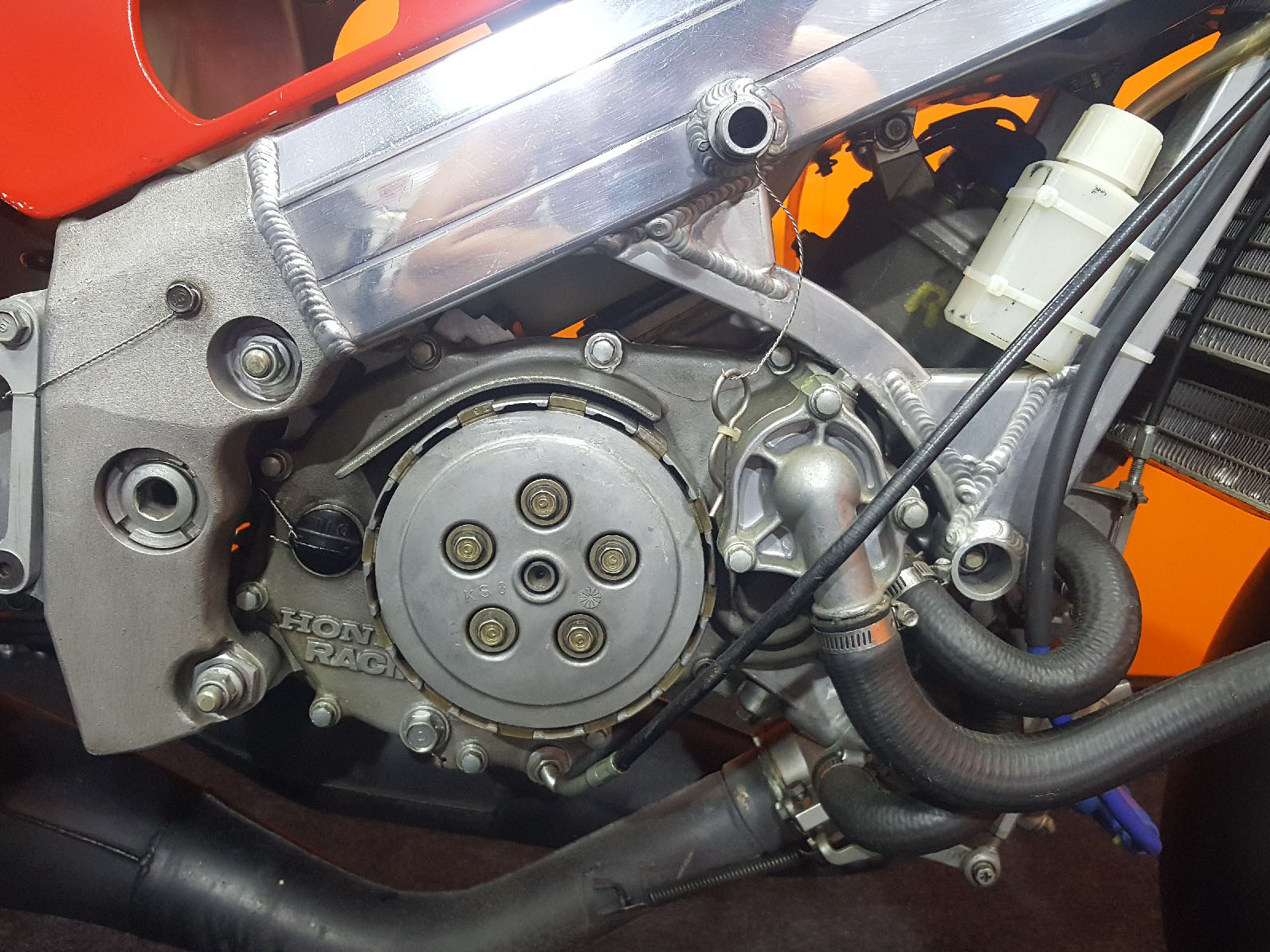 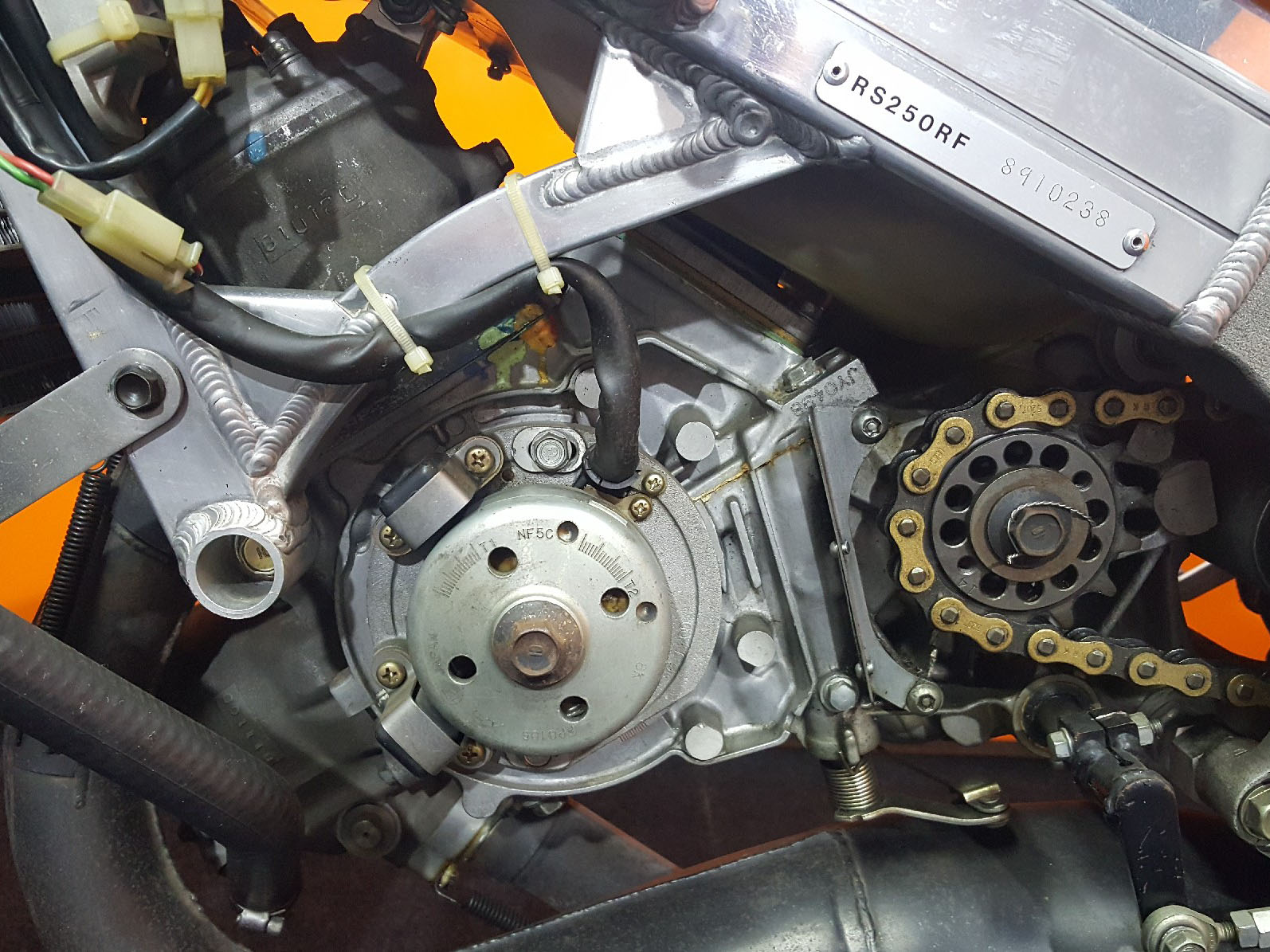 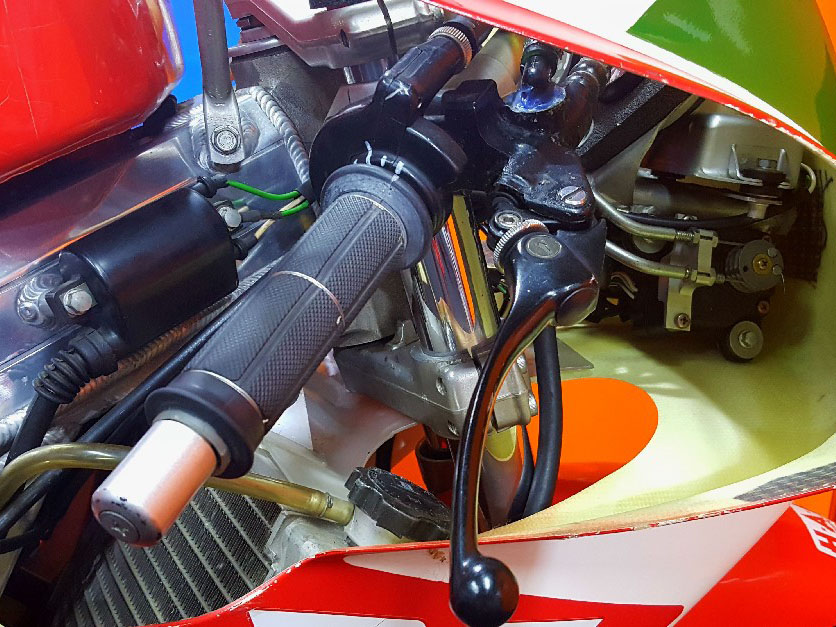 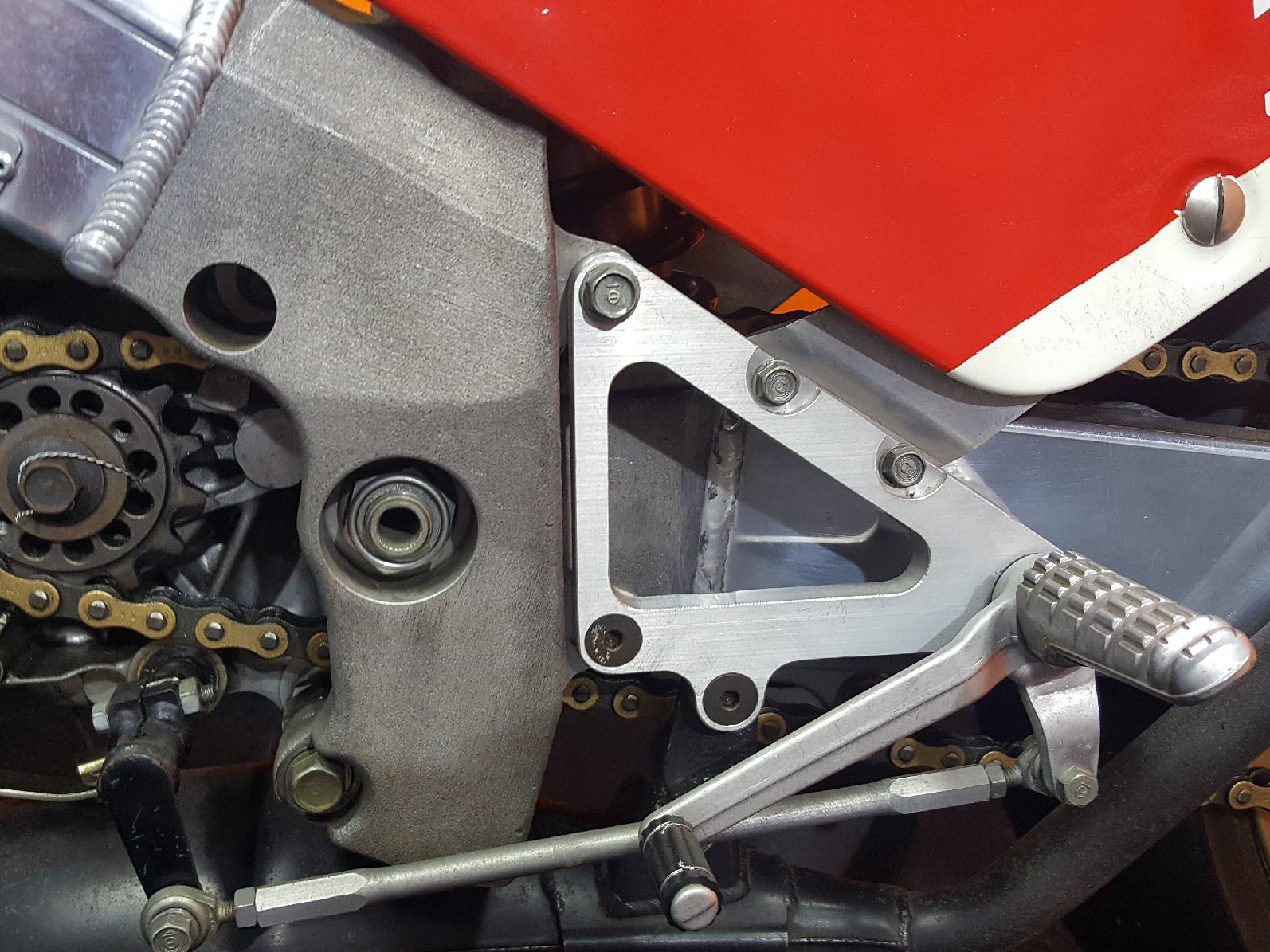 The Honda RS250R was a 250 cc two-stroke Grand Prix racing motorcycle manufactured by Honda Racing Corporation for racing purposes only.

It was conceived as a production racer for customer teams and privateer riders, while factory-supported teams raced the works bikes RS250RW and NSR250.

The RS250R debuted in 1984 as a development prototype, racing in the domestic All Japan Road Race Championship and entering some rounds in the World Championship. It was put on sale for customer teams for the 1985 season onwards.

Do you want a 250GP? Our company can get the most exclusive bikes of the market. Only for VIP customers, museums or exclusive collectors! Contact with our team and inform yourself. – RESERVE NOW