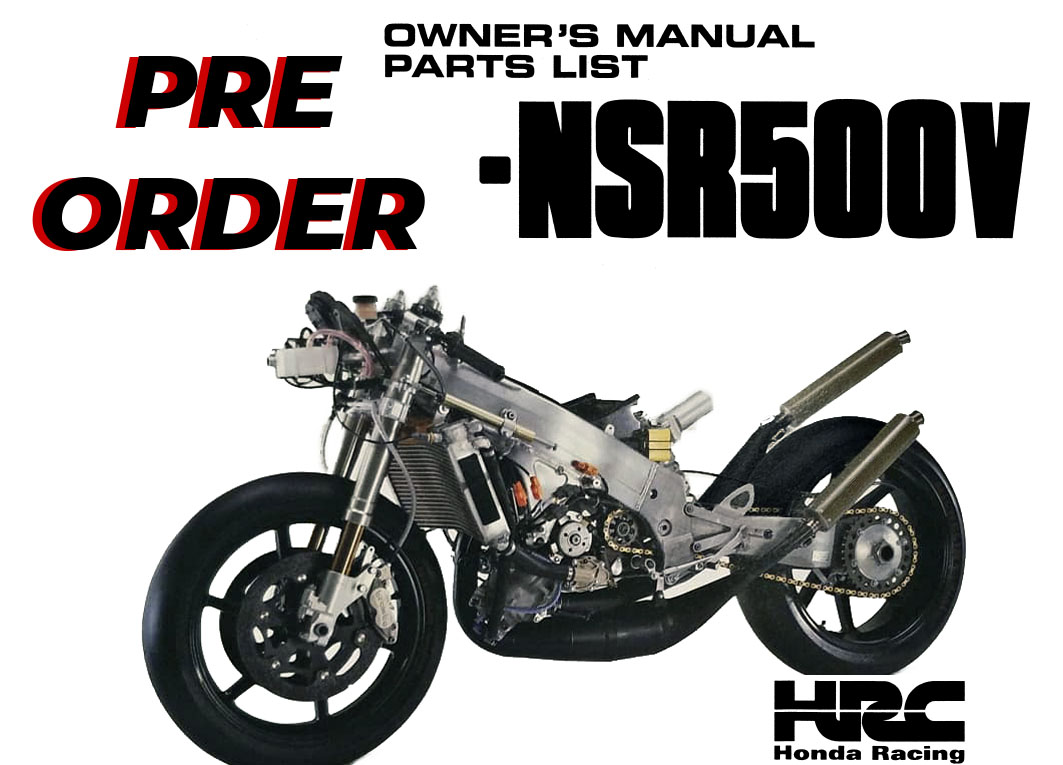 The Honda NSR500V is a race motorcycle from the Honda NSR series. It was designed and manufactured by HRC and debuted in 1996 for the Grand Prix motorcycle racing’s 500 cc class. The bike was conceived by Honda to be a viable machine for private teams to enter the class.

The V-twin water-cooled two-stroke used the same crankcase reed-valve induction of the Honda NSR500 V4. The 100-degree V2 also used a single crankshaft, a feature common to all of Honda’s GP race bikes of the time. Weighing in at 103 kg, it produced a claimed 135 bhp (101 kW) when running on hi-octane avgas. Although it made less power than its V4 counterpart (some 40-50 hp less), it was lighter, easier to ride and better handling. At many circuits it was capable of lapping just as fast as a V4, given a clear track. Its main strength was being able to carry a higher corner speed than the V4. However its weakness became apparent in traffic. If the V2 lost its momentum through the corner, a V4 was able to use its better acceleration and power to pull away. It was nevertheless to fulfil its purpose of being a competitive and realistic machine for private teams.

Do you want a 500GP? Our company can get the most exclusive bikes of the market. Only for VIP customers, museums or exclusive collectors! Contact with our team and inform yourself. – RESERVE NOW

More about this bike: Contact us for more information about the NSR 500V bikes.